Commercial leases and the state of health emergency: lessees are not entitled to suspend rent payments (ruling n° 604 - 21-20.190) 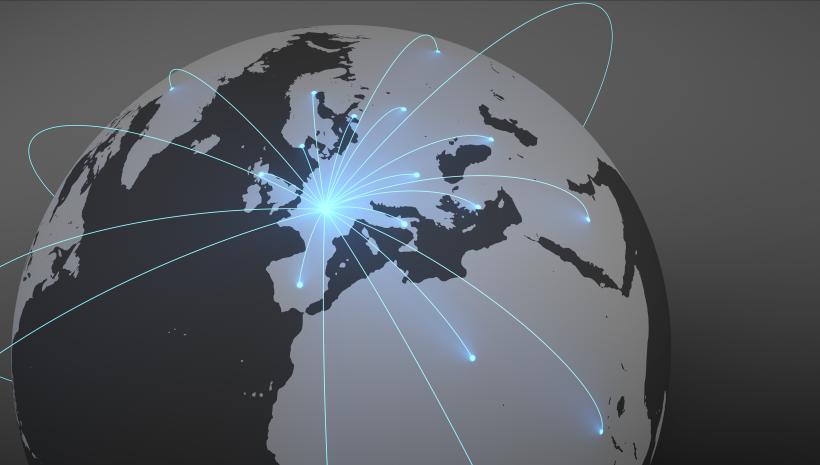 Action France, a single-member simplified joint stock company, with registered office at [Address 2], lodged appeal No. E 21-20.190 against the ruling of 3 June 2021 of the Paris Cour d’appel (Court of Appeal, Division 1, Chamber 10), in the dispute between it and Foncière Saint-Louis, a property investment company with registered office at [Address 1], respondent to the quashing.

The applicant bases his appeal on a single plea for quashing. […]

the Third Civil Chamber of the Cour de cassation (Court of Cassation), composed, pursuant to Article R. 431-5 of the Judicial Code, of the abovementioned President and judges, after having deliberated in accordance with the law, has delivered the present ruling.

1. According to the ruling under appeal (Paris, 3 June 2012), by an authentic instrument of 13 November 2017, the property investment company Foncière Saint-Louis (the lessor) leased to Action France (the lessee) commercial premises for supermarket use, predominantly non-food.

2. Relying on the ban on receiving the public due to government measures to combat the covid-19 epidemic, the lessee informed the lessor of the suspension of the payment of rent and charges.

4. On 3 July 2020, the lessee brought an action against the lessor before the execution judge for the release of the seizure and payment of damages.

On the first two parts of the plea

5. The lessee criticises to the ruling that it validates the seizure of a certain sum, whereas:

"(1) the optional and derogatory measures resulting from Orders Nos. 2020-306 and 2020-316 of 25 March 2020 adopted during the health crisis and neutralising certain sanctions for the non-performance of obligations during the legally protected period do not preclude the application of the permanent rules of the Civil Code relating to the contract of lease when they are not incompatible with such provisions, such as Article 1722 of the Civil Code on the loss of the leased property; in considering that Action France could not rely on Article 1722 of the Civil Code, since the legislator had already taken into account the consequences of the closure of businesses during the health emergency for lessors and lessees, when the sole purpose of the Orders of 25 March 2020 was to neutralise the penalties for late payment of rent and did not exclude the lessee's right to invoke the loss of the leased property resulting from the temporary impossibility of using the premises for the contractual purpose, the Court of Appeal violated Article 1722 of the Civil Code by refusing to apply it;

6. Pursuant to Article 4 of Law No. 2020-290 of 23 March 2020 on emergency measures to deal with the covid-19 epidemic, a state of health emergency was declared throughout the national territory.

7. Pursuant to Article 3(I)(2) of executive order No. 2020-293 of 23 March 2020 laying down the general measures necessary to deal with the outbreak of covid-19 and supplementary Decree No. 2020-423 of 14 April 2020, until 11 May 2020, all movements of persons outside their home were prohibited, with the exception of journeys to purchase supplies necessary for professional activities and essential purchases.

8. Enacted to limit the spread of the virus by restricting interpersonal relations, the ban on receiving the public during the period from 17 March to 10 May 2020, provided for by the executive Orders of 14 and 16 March 2020 of the Minister of Solidarity and Health, as well as by the aforementioned decrees, is the result of the fact that the goods or services provided are not essential to the life of the nation and are not a basic necessity.

9. Consequently, this ban was decided, depending on the category of establishment receiving the public, for the sole purpose of ensuring public health.

10. The effect of this general and temporary measure, with no direct link to the contractual purpose of the leased premises, cannot therefore be assimilated to the loss of the item, as defined in Article 1722 of the Civil Code.

11. By this reason of pure law, substituted for those criticized, under the conditions provided for by Articles 620(1), and 1015 of the Civil Procedure Code, the judgment is legally justified on this count.

On the third part of the plea,

12. The lessee made the same complaint against the judgment, whereas "the impossibility for the lessee to use the premises in accordance with the purpose provided in the lease, even if it is imposed by the public authorities, constitutes a breach by the lessor of his obligation to deliver, justifying the lessee's invoking the exception of non-performance; that, in stating that the lessor had no obligation, in the absence of specific contractual provisions, to guarantee the commercial availability of the premises, those subject to the lease having been made available to the lessee, who admits that the impossibility of operating he alleges was the sole fact of the legislator, the Court of Appeal violated Articles 1219 and 1719 of the Civil Code.

13. Having noted that the leased premises had been made available to the lessee, who admitted that the impossibility of operating, which he alleged, was due solely to the legislator, the Court of Appeal rightly deduced that the general administrative police measure prohibiting the reception of the public did not constitute a breach of the obligation to deliver.

14. The plea is therefore unfounded.

On the fourth part of the plea

15. The lessee also criticises to the ruling that, whereas "the lessee who is unable to use the leased property for its intended purpose because of the closure of the premises during the health crisis may obtain the suspension of his obligation to pay rent during said closure, by invoking force majeure; in stating that, assuming that the state of health emergency constitutes force majeure, the lessor provided premises that were in themselves usable, it being recalled that the lessee acknowledges that he was not unable to perform his obligation to pay the rent, such that he is not entitled to invoke force majeure in his favour, when the lessee was nevertheless unable to exploit the premises for the purpose provided in the contract, the court of appeal violated Article 1218 of the Civil Code." Court’s response

16. It follows from Article 1218 of the Civil Code that a creditor who has not been able to benefit from the consideration to which he was entitled cannot obtain termination of the contract or suspension of his obligation by invoking force majeure.

17. Consequently, the Court of Appeal rightly held that the lessee, who owed the rent, was not entitled to invoke force majeure in his favour.

18. The plea is therefore unfounded.

On the fifth part of the plea

19. The lessee again criticises to the ruling that, whereas "contracts must be negotiated, formed and performed in good faith; that in order to consider that the lessor had not failed in his duty of good faith, the Court of Appeal noted that he had proposed postponement of the payment of the April 2020 rent to the 3rd quarter, or even to the 4th quarter, a proposal refused by the lessee, whereas the lessee had not submitted a request for exemption to the Prefect of the Savoie department, nor had he implemented delivery activities or order withdrawals during the period in question, which he did subsequently; that in so ruling, without investigating, as it was invited to do, whether the fact that the lessor took enforcement action against his debtor only three weeks after the end of the confinement in order to obtain payment of the rent due during the closure of the premises, without any prior attempt to renegotiate the contract to adapt it to the circumstances other than a proposal to defer one month's rent in the form of a payment order, constituted a breach of the duty to perform the contract in good faith, the Court of Appeal did not provide a legal basis to its in the light of Article 1104 of the Civil Code."

20. Having noted that the lessor had unsuccessfully proposed to defer payment of the April 2020 rent, the Court of Appeal, which was not obliged to follow the lessee in the details of his argument, sovereignly held that the lessor had taken account of the exceptional circumstances and thus demonstrated his good faith.

21. The plea is therefore unfounded. ON THESE GROUNDS, the Court:

Thus decided by the Cour de cassation (Court of Cassation), Third Civil Chamber, and pronounced on the thirtieth day of June of two thousand and twenty-two, by submitting the judgment to the Court's registry, the parties having been previously notified in accordance with the conditions provided for in Article 450(2) of the Civil Procedure Code.