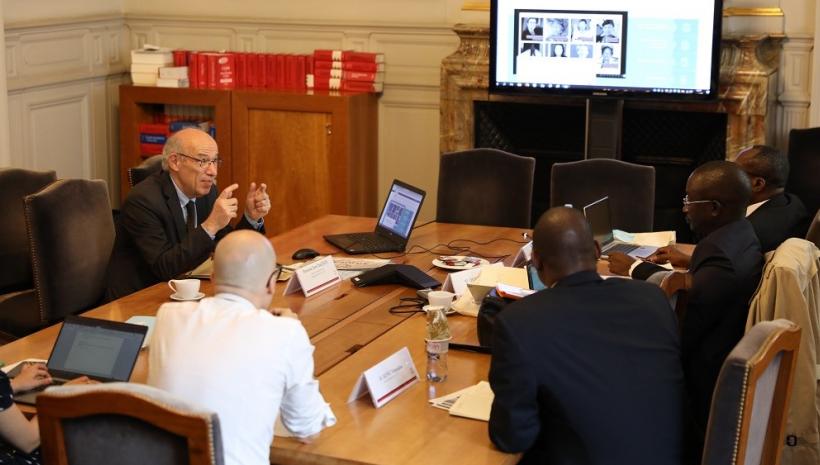 This exchange is in line with the previous visits organized at the Court of cassation in 2019 and 2014, and contributes directly to the international strategy of the Court, participating in the promotion of continental law, the Francophonie and its working methods.

During this visit, the delegation had the opportunity to discuss with Dean Matet the functioning of the Court of cassation, as well as the recent reforms of the Court concerning differentiated circuits, enriched reasoning and the structure of the judgment. During its meeting with President Jean, the delegation then learned about the main actions and projects of the AHJUCAF (Association of French-speaking High Courts), of which the CCJA-OHADA is a member, and to discuss the importance of promoting and disseminating French-language case law, particularly through the JURICAF database. President Sommer and Ms. Jond-Necand, judge referee and head of the open data project, also presented the missions of the Department of Documentation, Studies and Report (SDER), as well as the new nomenclature of judgments, the statistical monitoring of the Court's judicial activity and the open data project of judicial decisions.

The meetings with Ms. Mouillard, president of the commercial, financial and economic chamber, and then with Ms. Guinamant, advocate-general referee, gave the members of the delegation a precise vision of the roles and work of the commercial chamber and the litigation covered by each of the sections, as well as the specificities of the Prosecutor-General’s Office of the Court of  cassation and its missions. 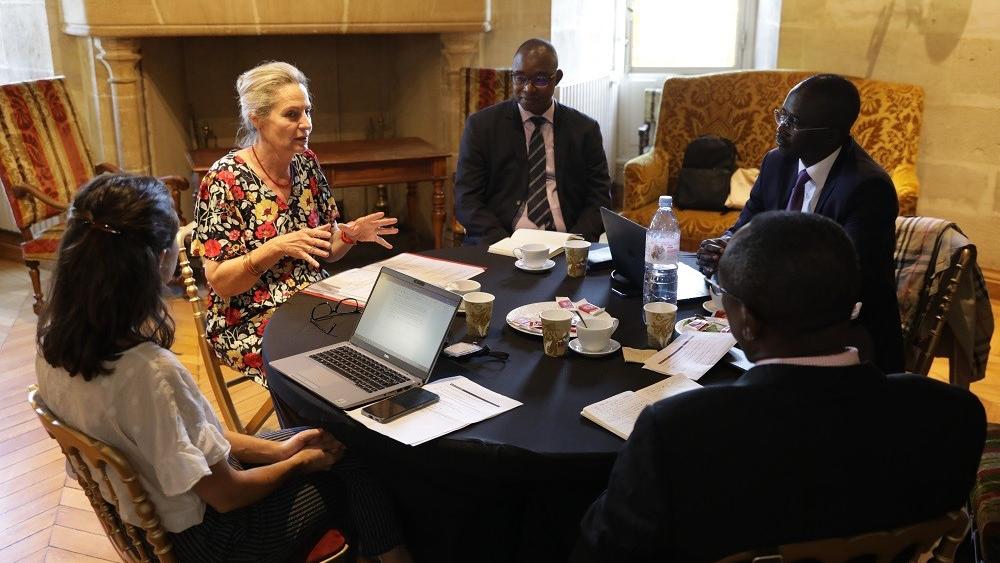 The participants were also able to attend a section hearing of the social chamber, whose cases had been presented in detail by Ms. Marguerite, judge referee within the chamber. On this occasion, Ms. Marguerite also demonstrated the virtual office, which allows judges to access and process files in a dematerialized way, a reflection being underway at the CCJA-OHADA on the dematerialization of procedures. In the same perspective, Ms. Primon, director of the registry services, presented the Nomos Civil software, an essential tool for the digital registration of appeals.

Mr. Cathala, president of the social chamber and member of the Commission "Court of cassation 2030", finally met with the delegation to discuss the Commission's Report and its key recommendations, such as the introduction of an open interactive procedure and the creation of a support service for judges. This meeting gave rise to rich exchanges on the reinforcement of the legitimacy of a Supreme Court, ethics and the dialogue of judges.

This visit marks the resumption of face-to-face study visits allowing for the sharing of experiences, which is a source of mutual enrichment to which the Court is particularly committed.