Meeting between the First President and President Abboud, President of the Court of Cassation of Lebanon 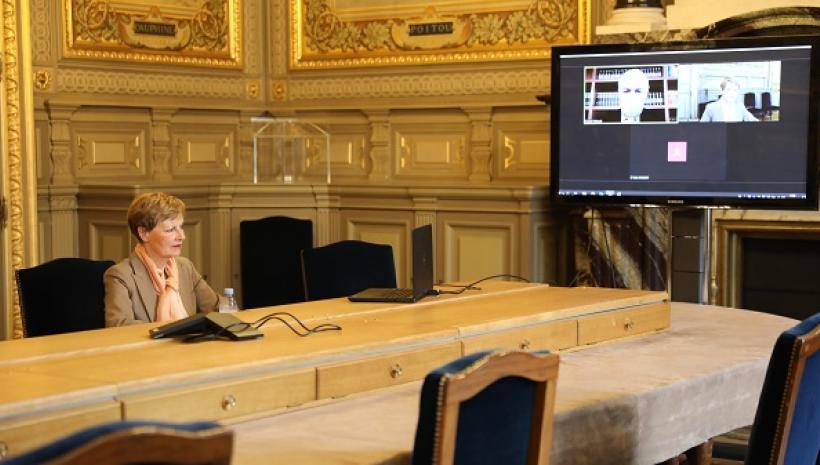 President Abboud spoke of the particularly difficult situation in which Lebanon finds itself today and more particularly the Lebanese justice system. He also stressed the importance of defending the independence of the judiciary and fighting corruption. This last theme, which is one of the priority work areas of AHJUCAF, will be the subject of discussions between the Cour de cassation (Court of Cassation) and the Lebanese Court of Cassation notably on the specific issue of seizures and confiscations of criminal assets.

Finally, the Presidents exchanged on the project to develop a model for a francophone supreme court, conducted within AHJUCAF on the proposal of President Abboud. First President Chantal Arens emphasized that this reflection was in line with the reflection that she had wished to conduct, with the Prosecutor general, on the future of the Cour de cassation (Court of Cassation), called "Commission Cour de cassation 2030", and which was entrusted to a Commission of personalities recognized for their expertise. The Commission’s report is expected in September 2021 and will be transmitted to AHJUCAF in order to contribute to the reflection.