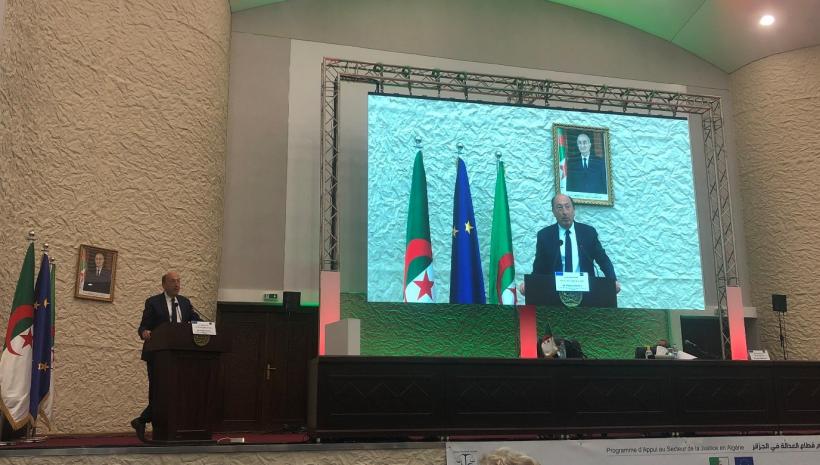 Mission of the Court of cassation in Algeria in the framework of the Support Programme for the Justice Sector in Algeria (PASJA) led by Expertise France: reasoning of judgments and drafting of advisory opinions

In the framework of its international strategy and more particularly of the objective of disseminating its working methods, the Court of cassation, represented by Mr. Patrick Matet, Elder Judge, and by the international relations department, participated in Algiers International Conference on the role of Supreme Court judges in the reasoning of judgments and the drafting of opinions, on 9 and 10 May 2022. The PASJA and the Supreme Court of Algeria co-organized the conference.

This two-day high-level international conference was opened by the First President, Tahar Mamouni, and by the Minister of Justice of Algeria.

In her introductory remarks, First President Chantal Arens praised the action and dynamism of European justice cooperation projects and the investment of the First President of the Supreme Court of Algeria in the conduct of reforms. She  specified that the thoughts on the decisions reasoning of the Court of cassation were accompanied by a broader reflection on the dissemination of jurisprudence (and thus on the translation of the decisions) and on the digitalisation (Open data of the legal decisions).

The second day, dedicated to the role of the Supreme Court Prosecutor's Offices and the methods of drafting their advisory opinions, was introduced by the Prosecutor-General François Molins.

Mr. Matet explained the outlines of the obligation of reasoning and presented the structure of the rulings of the Court of cassation, adopted on 1st October 2019. During these very rich exchanges, Dean Matet was also able to answer various questions from the audience, concerning the challenges of the standardisation of judgments in terms of independence, digitalisation of the judiciary, or loss of the individuality of the judge. 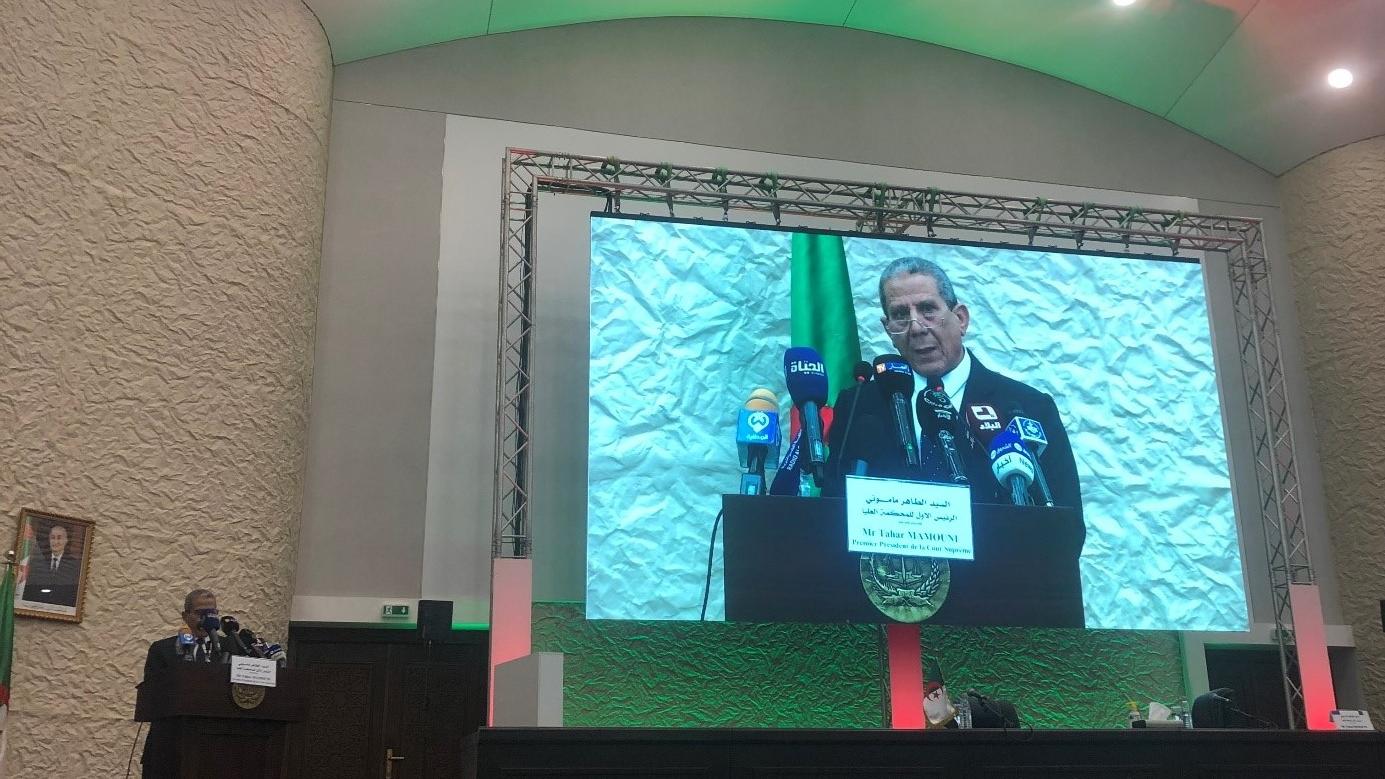 This cooperation within the framework of PASJA illustrates the dynamism of the European projects in which the Court of cassation is involved and the close relationship with the Supreme Court of Algeria, whose First President was welcomed in January 2022 on the occasion of the Solemn Hearing. The PASJA programme is continuing its various activities in Algeria until next autumn, in particular relating to the digitalisation of justice, a project in which the Court of cassation is also engaged.